Earworm or Sticky Music Syndrome refers to the phenomenon when a catchy piece of music continually repeats through a person’s mind after it’s no longer playing. It’s an annoyance mostly, but to be honest I sometimes use it to play music in my head while commuting, when I forget my earphones at home.

We are told to remember the idea, not the man, because a man can fail. He can be caught, he can be killed and forgotten, but 400 years later, an idea can still change the world.

But what if I told you there exists a scary SCARY thing that can enter your head through your eyes and can break your brain for a very long time?! This scary phenomenon is called the McCollough Effect. Now you may ask what exactly is this McCollough Effect and how does it work? The answer is there exists a set of images that when exposed to can literally break how your brain works! And the scariest part is that its effects can last up to 3 months! But, before we proceed, I must warn you that this isn’t a joke, this is a real phenomenon with no absolute guarantee on how long the effects can last. So please, do not try this. And I’m fully aware that the internet is not really known for people following safety warnings, but guys, this is a truly terrifying phenomenon and shouldn’t be taken lightly. 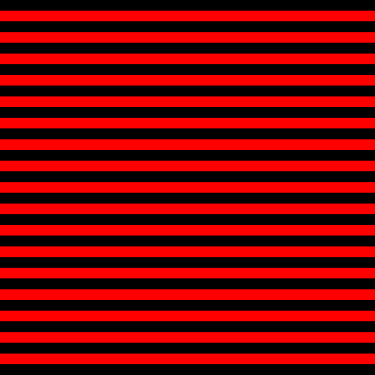 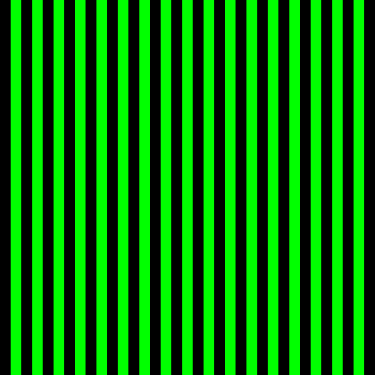 Coming back to the effect. As you can see, there exists a set of two oppositely coloured images with oppositely oriented black bars in them. The subject has to merely stare at them for a certain amount of time, called induction, for this phenomena to occur. After a successful induction, when the subject is exposed to test images which are black and white sets of oppositely oriented bars, they see opposite colours between the white spaces of corresponding induction images. So, for example, if the horizontal induction image had red colour between the bars and the vertical induction image had green, the subject will see green between the horizontal bars and red between vertical bars in test images. This phenomenon is not just limited to these particular induction and test images, as it also occurred with people who worked long periods on old computer monitors that displayed green texts on black background. These people reported seeing pink colour between the letters of black texts on a white background of books with the same spatial frequency between the alphabets, as the monitors. 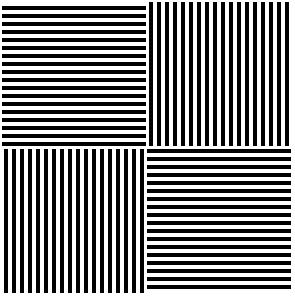 As to why this happens, there is a flurry of research papers that try to explain this phenomenon from various standpoints. Some say it’s because of classical conditioning, others attribute it to neurological reasons, but the explanations are highly debated with no conclusive evidence to one particular explanation. And this lack of a conclusive explanation makes it particularly dangerous, as the term of effect varies from person to person, and can even become permanent. So once again try it at your own risk.